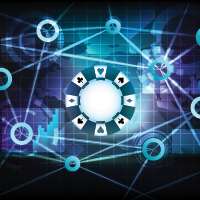 The online poker ecosystem is made up of dozens of the most popular poker sites, most of which run either on a network platform or on their own independent software. These sites have large amounts of real money poker players, sometimes playing different skins on the same network in order to take advantage of different promotions or bonus offers. We are going to break down the best online poker networks in this article.

Most poker rooms choose to join a network to offset the costs of developing their own software, running different promotions and tournament series, and getting instant access to a pool of players shared across the network.

The downside of this model is that since player pools are shared, part of the profit goes to the network provider who provides them with the poker software needed to run their room. Also, some venues have taken advantage of the network in the past and abused rakeback and controversies like this only negatively affect other venues on the network.

The biggest iGaming companies like PokerStars and PartyPoker all use their own independent software to power their games and therefore collect 100% of the rake and profit as well. These sites have booming budgets and are listed companies worth billions, a plus for pioneering the business and developing their own poker software.

The aforementioned sites are the major players in the online poker industry, with PokerStars accounting for almost 50% of the market share for the online poker player pool. This isn’t necessarily because they chose to develop their own software, but mostly because they were part of a very small group that took their business seriously during the early days of online poker.

These particular sites have since flourished, even after the UIGEA and “Black Friday”, when many of these sites were forced to remove their US player base following a Department of Justice crackdown on online poker. the United States.

There are really only a handful of poker networks today that bring real value to the poker ecosystem. Below is our list of the best networks in the poker industry, including a short description for each and a direct link to more in-depth reviews on each.

The iPoker network currently hosts over 30 different poker skins on the network itself. The company’s software is actually powered by Playtech, which originally started in the industry as a provider of casino software.

The iPoker network made a drastic change a few years ago when they separated the sites, placing some in different tiers and renaming them “iPoker 1” and “iPoker 2”, mainly to ensure fairness between the skins. , because some were offering exorbitant rakeback offers. that other smaller sites could not compete with.

However, they would move away from this multi-level pattern in 2015 to improve player liquidity as traffic started to drop since they split traffic. Meanwhile, smaller sites have gone down while other larger sites in the network have bought some skins and traffic from their players in the process.

The most popular site on iPoker is Titan Poker, with other PaddyPoker sites also calling the network currently.

The Microgaming network is one of the most popular in the UK and Europe. They are one of the pioneers of iGaming, starting as Playtech as a provider of casino software before venturing into online poker.

According to PokerScout.com, network traffic consistently ranks in the top 10 worldwide for real money poker players. They currently have over 20 skins and continue to do well in the industry.

Like most poker sites these days, the network has moved away from rakeback altogether and is committed to making the site more focused on recreational players rather than grinders. They even set up anonymous tables to rid their sites of “bumhunters” and have a fully implemented success system in place.

The most popular MPN sites seem to be Betsson, BetSafe, and Nordic Bet. Bettson also offers a full bookmaker, as well as sites like 32Red and a few others.

888 is of course one of the most recognizable brands in the business today, with its software used not only to power 888Poker.com in Europe and around the world, but even for regulated poker sites in New Jersey, the Nevada and Delaware.

Network traffic is consistently high both nationally and internationally, ranking in the top 3 according to PokerScout. Solid poker software and attention to detail have made 888 one of the most trusted names in all of poker today.

Naturally, the best site on their own network is 888Poker.com, which constantly battles giants like PokerStars and PartyPoker for world domination in terms of player traffic.

WPN is home to the few “unregulated” poker sites that still accept US players. Since the UIGEA and Black Friday, many major poker providers have pulled out of the market, creating a void that sites like Americas Cardroom have quickly filled.

While the sites on WPN don’t get as much traffic as their counterparts in Europe, the network has decent numbers in terms of real money traffic. Poker rooms on WPN, like Americas Cardroom, also still offer rakeback to its players and extremely fast withdrawals, making it the number one option for customers around the world and the United States.

The Equity Poker Network is similar to WPN’s in that it is also a smaller, user-friendly poker center for the United States. They have a very unique business model where operators (i.e. skins) pay a fixed fee each month to cover operating expenses, while still being able to keep 100% of the rake. generated by its players.

The best sites on EPN should be Action Poker and Full Flush Poker. The traffic is nothing fancy, but there is a certain “fishy factor” to sites like these. Play at your own risk, as both of these sites are notorious for slow payments.